One Family PediatricsCumming, GA
by Allyson Howard ■ May 2022

Even before the pandemic, the U.S. was in the throes of a healthcare staffing crisis. The events of the last two years have escalated this crisis to a true emergency, especially for independent practitioners. 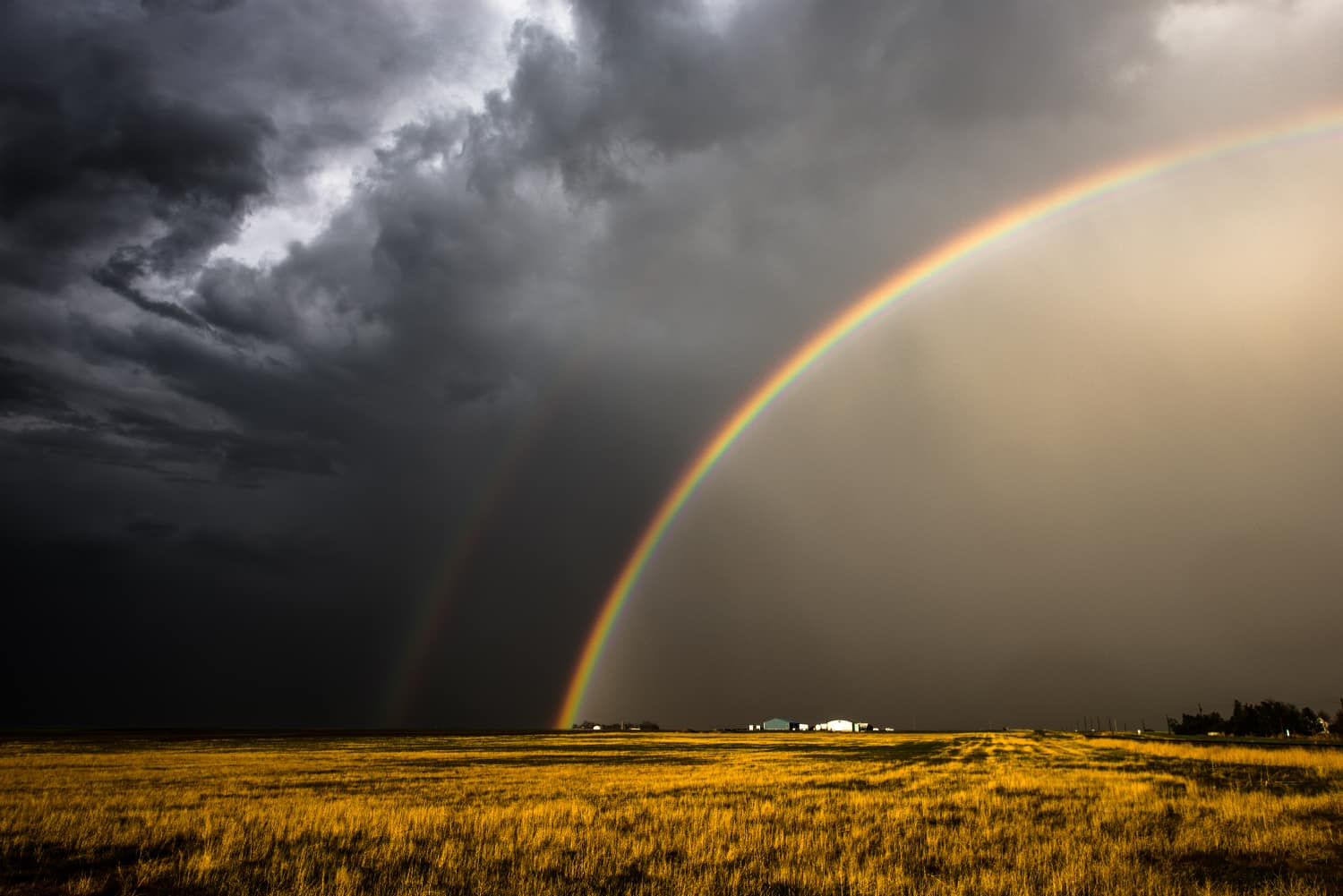 One Family PediatricsCumming, GA
by Allyson Howard ■ May 2022

Even before the pandemic, the U.S. was in the throes of a healthcare staffing crisis. The events of the last two years have escalated this crisis to a true emergency, especially for independent practitioners.

The Power of Embracing Change

If there is one thing in life that is guaranteed (that is, besides death and taxes) it’s change. According to Dr. Hiral Lavania of One Family Pediatrics in Cumming GA, her success as a pediatrician is directly tied to her attitude towards change; while many fear it, she embraces it. Her positive attitude toward change is one reason she went into private practice. “From my previous experience in independent practice, I have seen the importance of being willing to make changes. Not everyone is receptive to that, even as clinical recommendations change. My decision to go into independent practice was driven by my desire to create an atmosphere where my staff is empowered to educate parents and patients about staying healthy. To stay true to my mission, I have to lean into change rather than resist it.”

“I wanted to be a pediatrician for as long as I can remember,” recalls Lavania. “The incident that stands out in my mind was when I was about three years old and accidentally ingested chocolate laxative thinking it was candy. My parents rushed me to the doctor for poison control treatment. I remember seeing that pediatrician and thinking to myself, ‘This woman is a superhero who just saved my life in a lab coat rather than a cape.’ I wanted to be that hero for other people.” After a few unsatisfying stints in other rotations as a medical student, Lavania was concerned about her future in medicine until she did her first pediatric rotation. “After that, I just knew. I was meant to be a pediatrician.” It was this strong conviction that allowed her to power through even the roughest parts of the last two years.

“My decision to go into independent practice was driven by my desire to create an atmosphere where my staff is empowered to educate parents and patients about staying healthy. To stay true to my mission, I have to lean into change rather than resist it.”

Some of the changes brought on by the COVID-19 pandemic have thrown Dr. Lavania a few curveballs, especially with the staffing crisis so many in the healthcare industry have been seeing. Prior to 2020, Lavania was looking to hire more staff due to the loss of a few employees through relocations. She also needed more people to accommodate her growing practice. Even then, it was difficult to find the right staff, especially since her independent pediatric practice is located near two large healthcare systems. The pandemic, and everything that went along with it, made staffing even tougher. However, Lavania has never backed down from a challenge brought on by change, and she was not about to start in the middle of a healthcare crisis.”Resisting change just isn’t an option if you want to grow and improve. Sometimes the changes are hard, but that’s when you have to really get serious,” explains Lavania.

The staffing pains at Lavania’s practice are ones being felt all over the country during the last two years, in nearly every industry. According to The Harvard Business Review, the greatest number of resignations in the last two years occurred in healthcare, where there was already a worker shortage prior to the events of 2020.  Experts attribute the healthcare staffing crisis to the classic dilemma of higher demands, with a large aging population, coupled with less supply, in the form of a reduced workforce from retirement and burnout, among other reasons.

As the nation continued to deal with the pandemic fallout, a new problem was emerging. The Great Resignation has become the term coined to describe the higher-than-average quit rate of American workers in 2021, according to Investopedia. After The Great Resignation kicked off in July of 2021, many industries are still struggling to recover. For Lavania, as the need for new employees arose during this time, she was faced with new hurdles to overcome. “As we lost front desk employees, we discovered that there was this crazy level of inflation for employee salaries. That was a difficult realization since I had taken a pay cut and had relied heavily on relief funds and loans to stay afloat. Everyone received significant raises, but that wasn’t enough. It took a long time to find new office staff.”

Lavania’s troubles again echo the trends being seen by many other private practices and health systems alike. With the increased demand for skilled healthcare workers such as nurses and physical, occupational, and respiratory therapists, salaries are also trending upward, which presents a problem for any provider with a limited staffing budget, especially with the fierce competition for talent.

“The local hospitals are just able to offer perks that we can’t,” laments Lavania. “We had one staff member leave because the hospital offered her double her current salary and a four-day workweek. Finding a replacement took a long time. You feel the loss more in a small practice since there are not enough people to cross-cover.”  The hiring process was moving at a snail’s pace as Lavania attempted to replace employees who left. “For every 20 who would apply for an open position, only two would show up for the interview. It was frustrating.”

At one point, Lavania, her nurse practitioner, and her skeleton crew of other staff were taking turns checking patients in at the front desk, working up sick visits, and much more, all while managing the Omicron surge and giving COVID vaccines to patients 5 and up. “We even had to send out an email blast to encourage patients to communicate via our patient portal because the phones were ringing non-stop and we could not handle the call volume,” recalls Lavania.

“The bottom line when it comes to retention is really whether that staff member feels motivated to stay,” says Lavania. “That motivation sometimes has to come from somewhere other than just a larger paycheck.”

It’s not just the recruitment piece that is the challenge for independent practices like Lavania’s, but the retention of workers once they have been hired and trained. The costs of employee turnover in healthcare can be astronomical. Besides the time and stress of sourcing and vetting worthy candidates, the 2021 NSI National Health Care Retention & RN Staffing Report estimates the turnover cost for a single bedside RN to be between $28,400 and $51,700. “The bottom line when it comes to retention is really whether that staff member feels motivated to stay,” says Lavania. “That motivation sometimes has to come from somewhere other than just a larger paycheck.”

“With the increased workload due to reduced staff and increased patient volume from the pandemic, employee burnout became a real concern for me,” says Lavania. This concern is not without cause. According to a JAMA Network Open study, 31.5% of nurses reported leaving their employer because of burnout in 2018, well before the pandemic. A recent job report from the U.S. Bureau of Labor Statistics showed that 1 in 5 healthcare workers left their jobs during the pandemic due to burnout and low pay. The good news for independent practices is that the same study found that working in a hospital setting was associated with 80% higher odds of burnout as the reason for quitting than for nurses working in a clinic setting.

Benefits to Working for an Independent Practice Put at Risk?

As the seriousness of COVID became clearer, Lavania and her staff had to take measures to limit exposure to infections.  “Our first hurdle was keeping everyone healthy. We were used to eating lunch together and that had to stop. Everyone had to space out to have times when they could bring their masks down. We provided sneeze guard dividers, face shields and masks. Initially, we weren’t sure how easily you could catch COVID, so we tried having half the staff work from home for a week, and then switching. Once we understood the virus, we all came back in. Working from home was hard for the staff, especially for the nurses.”

Even after the scrambling to accommodate an enormous workload under staff constraints and managing the feelings of isolation during lockdowns and COVID restrictions, the challenges continued for Lavania’s practice. “Another obstacle we faced was local daycares shutting down during the pandemic. One of my nurses had placed her son at the only daycare she could find. It was not a good fit for her child and there were problems. She ended up having to take a temporary leave of absence until she could locate a better childcare situation. If we were a larger practice, we’d probably create a daycare onsite.” The ability to provide staff perks like onsite daycare is a future goal for Lavania as her business grows.

A New Sense of Calm

As the war for healthcare talent continues, Lavania extends her personal values and mission of creating a healthcare home for patients to her staff. Rather than attempting to compete head-to-head with the local hospitals in terms of salary, her practice relies on recruits from local nursing schools and personal references from existing staff. This tactic has enabled Lavania to find employees who are the right fit and appreciate the warm and inviting workplace culture Lavania has achieved at her practice. “This pandemic has been mentally taxing for everyone. No matter what is going on in the world or in my office, I will fight for my staff and support them so they never feel too overwhelmed or bullied.”

These days, even as it appears the major upheavals from the pandemic are starting to calm, Lavania still works to make sure her staff feels valued. “I truly have an amazing staff. I credit their dedication as a major reason we have been able to weather this storm over the past two years,” says Lavania. Since last summer, Lavania has welcomed a new practice manager who is not likely to be drawn away any time soon—her husband. “It has honestly been a great experience having him here managing day-to-day concerns. We work well together, and he has made huge improvements to our website, allowing our in-office staff to be more efficient.”

The last two years have been tough, but Lavania feels that her practice has weathered the storm effectively and will continue to thrive. “As a small, independent practice I have found that our ability to quickly pivot with changes has enabled us to get through the pandemic. Ultimately, I feel like our mission is clearer and our commitment to a positive work environment will get us through the staffing crisis stronger than ever.”

Allyson Howard is a firm believer that well-crafted stories can redefine brands and organizations, reinvigorate internal and external business communications, and engage and inform consumers in groundbreaking ways. Her BA in English and Education from the University of Iowa, as well as her MS in Professional Writing from NYU, have positioned her to create a wide range of content tailored to communicate unique brand voices and messages. She lives outside Chicago with her family and enjoys cooking for loved ones and reading.

More about One Family Pediatrics

Close Communities from Far Away: Partners4Kids in the U.S. Virgin Islands

Camaraderie and Trust: Building and Maintaining a Large Pediatric Practice
Scroll to top