The Rewards of Solo Practice

Dr. Bryan Sibley is in his prime as a solo pediatrician in Lafayette, Louisiana. At 48, he enjoys a successful practice, which, by his own definition, pays the bills, offers a comfortable living, provides his staff with a solid retirement plan, and lets him see patients who are most in need of healthcare and least able to afford it.

But ever the entrepreneur, Dr. Sibley has been looking to the future, recruiting new blood and developing a plan for succession that allows for a smooth transition into retirement and, perhaps someday, new ownership.

“I worked for a larger group earlier in my career, and I was also a partner in a practice with other doctors,” said Dr. Sibley, a fellow of the American Academy of Pediatrics. “So I already knew two things when I started out as a solo doctor. One, I don’t want to be employed by anybody. And two, I wouldn’t bring in another physician until I found a person who is most like me.”

Facing Down the Barriers

Solo physicians looking to hire in today’s market have their work cut out for them. While primary care physicians (pediatricians included) remain the focus of recruitment efforts by hospitals and medical groups, the supply has dwindled. Physicians are moving away from independent practice toward hospital employment as challenges over payment, the uncertainty of health reform and regulation-driven paper-work increase.

Sixty-three percent of Merritt Hawkins’ 2011-12 physician search assignments were for settings featuring hospital employment, up from 56 percent the previous year and up from 11 percent in 2003-04, according to Merritt Hawkins’ 2012 Review of Physician Recruiting Incentives.

Recent reports show that patients must pay 70 percent more for pediatric care provided by hospital owned practices than they would at a privately-owned practice.

The report also cites changing practice styles and physician demographics as factors in the supply shortage. Physicians are increasingly looking to balance career with lifestyle by seeking jobs with structured hours, the report says. Also, female physicians, who represent the highest concentration of primary care doctors, work 18 percent fewer hours than male doctors, according to the Health Resources and Services Administration.

With the cards stacked against them, solo physicians must bring all their business management skills to bear when choosing the right candidate. For Dr. Sibley, this means understanding the recruitment landscape and applying that knowledge when vetting a candidate. His plan, for the immediate future, is to add a third nurse practitioner. The long-term goal, Dr. Sibley added, would be to hire a physician who could help grow the practice and, eventually, become his successor.

The right physician recruit, said Dr. Sibley, would be motivated to work – an ethic that is needed for the survival of a small practice and one that makes the Louisiana pediatrician tick. “I won’t bring in another physician until I’ve found a person who fits the mold,” he said.

Independent and Staying That Way

Bryan Sibley was still in short pants when he first pondered life as a pediatrician. The tipping point? A trip to the emergency room for eating too many Flintstone vitamins, which, he remembered, tasted like candy.

“The doctor who saw me was the pediatrician who lived a block away from me,” Dr. Sibley said, speaking with a gentle drawl that could smooth the wrinkles on a balled up seersucker jacket. “After the incident, this doctor encouraged me, checked up on how I was doing and later became sort of a mentor while I pursued a pediatric career.” 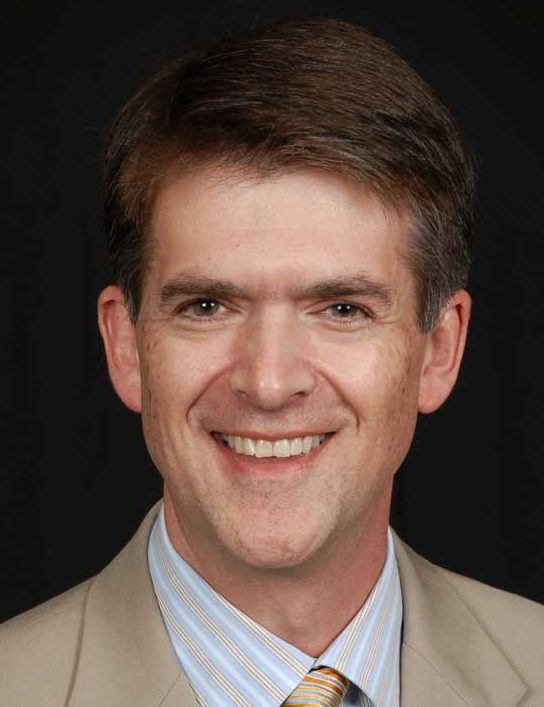 “For me it’s a spiritual thing…I believe, as a doctor, you should take care of everybody.”

Fresh out of residency, in 1992, Dr. Sibley joined a national multispecialty group in Houston, Texas. He was salaried and worked under a capitation model, but was also welcome to earn a bonus by seeing his own patients. So he visited with obstetric offices, obtained hospital privileges to see newborns, and worked as the team physician for the local high school football squad.

But when it came time to collect his bonus, Dr. Sibley was turned down. He said the hospital was focused on other priorities and hadn’t collected his outside charges. Within a year, Dr. Sibley moved back to Lafayette, established a solo career, and for the most part, has never looked back.

“My only criticism of some large groups, including those owned by hospitals, is that their goals are often too broad to drill down to the individual practitioner – to see what makes them tick and how they can become more effective,” Dr. Sibley said. “Nobody will ever care about my business as much as I do.”

Currently, Dr. Sibley employs two nurse practitioners and seven full-time staff. Together, the clinicians see some 70 patients a day (more in the winter). The practice works with a local billing company and was among the early adopters of the electronic health record (EHR), implementing his system in 2004. The practice’s patient volume is 60 percent Medicaid, by design.

“For me it’s a spiritual thing,” Dr. Sibley said. “I believe, as a doctor, you should take care of everybody. Of course you’ve got to get paid some way, but I consider myself blessed that I can open my doors to all comers.”

Fighting Back With Innovation

For every solo practice that chooses to close its doors, there are many more that continue to stand their ground, pretty much as they have for the last 50 years. But the threat, however baseless, remains. Independent physicians are back in the crosshairs of hospitals, which are eager to capitalize on a healthcare industry aimed at rewarding those who provide preventive care.

So the traditional small office must be innovative and look for better ways of providing high quality care. This may involve joining forces with other pediatricians, using technology to improve communication with patients and parents, or something brand new. Dr. Sibley will have to call on his entrepreneurial skills to find what works best for his patients.

Dr. Jill Stoller, who chairs the Academy of American Pediatrics Section On Administration and Practice Management (SOAPM), said these practices also require the leadership of physicians with strong business acumen and management skills. Also, small practices can keep expenses down by hiring several mid-level providers who can see patients but at less cost to the practice.

“We’re finding interest in the small practice is alive and well.”

Dr. Sibley agrees. “Solo practitioners will have to give up some of what they used to consider within the realm of their practice,” he said. “We adjust by using a combination of extenders and have relinquished some clinical services, such as inpatient pediatrics.”

The payoff, Dr. Sibley added, is maintaining the independence he has earned.

“However you choose to practice, as a solo doctor or by a hospital, you’re going to have to be invested and committed to the success of the business,” he said.

“A lot of these folks are younger pediatricians, early in their careers, who are asking questions about staffing and HR issues, or which EHR to buy, or whether they should buy or lease office space,” he said. “We’re finding interest in the small practice is alive and well.” 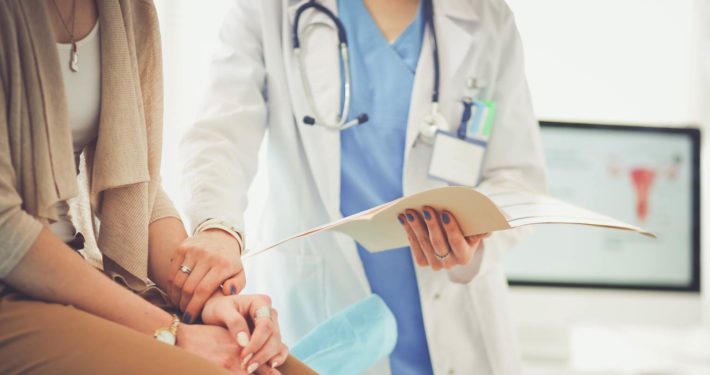 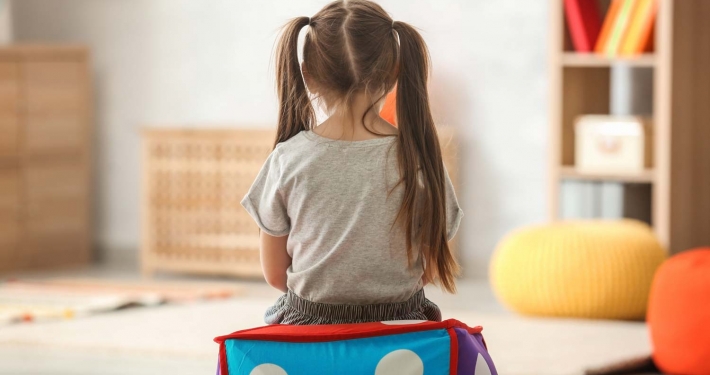 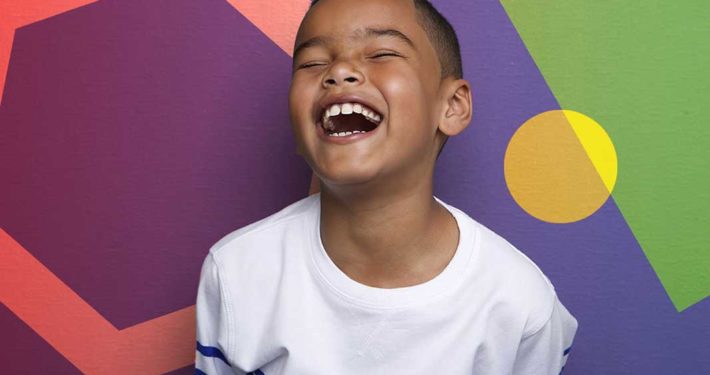 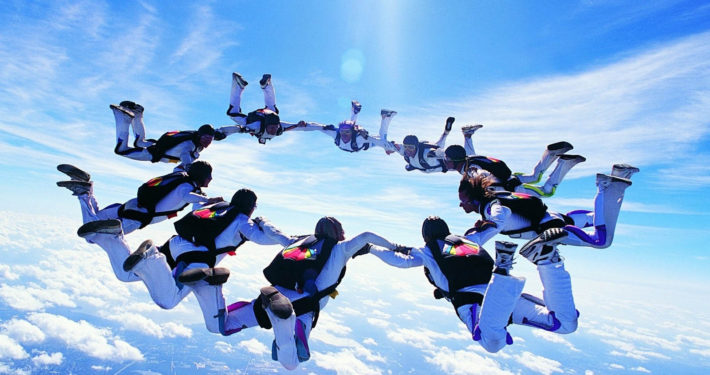 Leap of Faith
PediaTrustChicago, Ill.
by Jill Fahy ■ Jul 2014
The Doctor Is Always In