The Doctor Is Always In 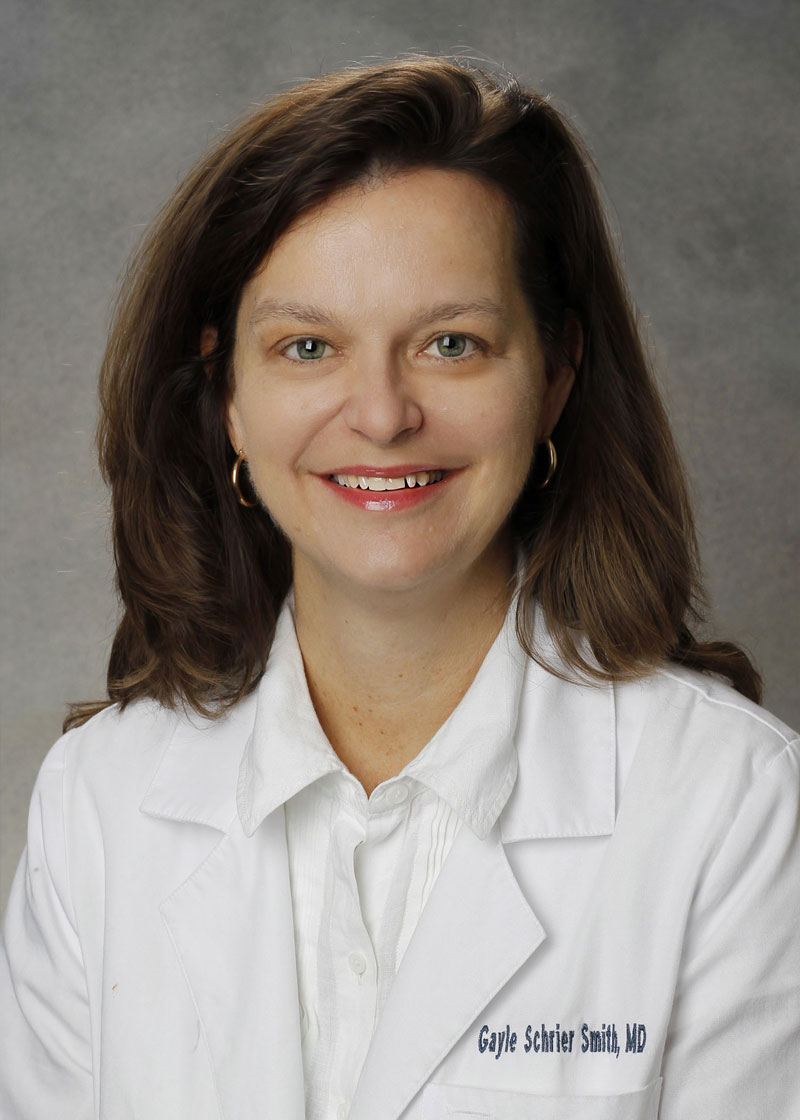 The decision – an enthusiastic “yes” – should have been easy to make, said Lucia. Membership in Dr. Smith’s new practice would include hour-long appointments, no waiting time, same-day appointments, 12 hour-a-day and after-hours telephone coverage, and interactive educational workshops. What’s more, Dr. Smith had built a strong rapport with her and her husband, Dr. Dan Hardy — a Richmond, Va. neurologist — and their children, Griffin,10, Reese, 7 ½, and 5- year-old Xander.

But Lucia had concerns. Dr. Smith was switching from a traditional primary care practice to a concierge practice. The model, which gained media interest mid-1990s, caters to hundreds instead of thousands of patients and allows for highly personalized care. But it costs. Members of concierge practices pay a fee for these personalized services — usually somewhere between $1,200 and $15,000 annually.

Dr. Smith’s monthly fee is on the low end of the spectrum, and the Lucias could afford it, but the couple was torn.

“(Dr. Smith’s) new model of care – more time for each patient, more personal care — is what I believe every patient should have, and what I hope the future of health care holds, but it felt uncomfortable purchasing it for my children when it’s not available to all children, due to limited availability and financial concerns.”

In the end, Lucia and her family opted to stay with Dr. Smith.

While the ethical debate continues over whether concierge medicine leads to the abandonment of patients through downsizing and caters to the wealthy, an increasing number of families like the Lucias, who want to play an active role in their children’s health care, are joining pediatric concierge practices.

“Concierge slows the pace of a practice down. It affords the patient time and it gives me the time to research and ask appropriate questions. I have time to do an exam and I have time to listen to a parent.”

Dr. Scott Serbin, acknowledged by the American Academy of Pediatrics (AAP) as the country’s first pediatrician to open a concierge practice, says the number of pediatricians practicing as concierge physicians in the last few years has grown considerably.

“Concierge physicians in the U.S. measure in the thousands,” Dr. Serbin, of Pinnacle Pediatrics, said. “Pediatricians practicing concierge medicine measures in the dozens. On a percent-age basis, our numbers are still small.”

Pediatricians may be slower to enter concierge medicine, Dr. Serbin suggests. Charging a fee-based model for preventive medicine, the value of which can be less obvious to potential patients, can be “more of a tough sell.”

But many pediatricians, like Dr. Serbin, who gravitate to concierge medicine are frustrated by the impersonal nature of a large practice, where one provider may see 40 patients a day for six minutes each. “I had my own practice for about 15 years and I grew weary of the harried nature of things,” he said. “It was rush, rush and returning phone calls, and I wasn’t enjoying what I was doing.”

The tipping point, Dr. Serbin recalled, came more than seven years ago, during his father’s battle with cancer. “I saw it from the other side,” he said. “I saw the rushed nature of medical care. They didn’t have time to be compassionate. They were trying to do their job as quickly as they could, and it was a real eye-opener.”

In 2004, Dr. Serbin moved to the concierge model. Since the switch, he has seen some 300 patients a year, down from 3,000. He has more time to spend with patients in the office, and there is also no waiting time for appointments, which are scheduled at the convenience of the patient.

“Concierge slows the pace of a practice down,” Dr. Serbin said. “It affords the patient time and it gives me the time to research and ask appropriate questions. I have time to do an exam and I have time to listen to a parent.”

Concierge practices, which operate entirely or partially on monthly or annual fees, can enjoy the benefits of seeing fewer patients without taking a hit in revenue. Typically, an active pediatric patient generates between $25 and $35 per month in revenue for a practice. A concierge office that charges $100 a month, per patient, will need only one-third the number of active patients to break even. The reduction in patient volume, as well as the removal of insurance billing, will also reduce overhead costs.

Concierge practices usually fall somewhere in the range of two basic business models. The first does not take insurance. All of a member’s primary care is covered under an annual flat fee, but patients need to carry insurance to cover specialist referrals, hospitalizations, x-rays, prescriptions and labs. The second model accepts insurance and also charges a fee to cover education, consulting and other types of preventive services that are not covered by the patient’s insurance policy.

“There is no cookie-cutter model,” said Dr. Serbin, whose practice does not participate in insurance plans. All his services are covered under Pinnacle’s monthly membership fee of $100 for children ages 0 to seven, and $50 for children ages seven and older. Patients, however, are encouraged to carry health insurance for non-covered services — such as specialist referrals, labs and x-rays — as many of these services may be reimbursed under the patient’s insurance coverage.

Dr. Smith, the pediatrician from Richmond, Virginia, also practices under a hybrid version of concierge, in which she accepts most major insurance plans and charges a monthly fee that is “less than a cell phone or cable bill.”

Not Just for the Wealthy

‘Now in her third year as a concierge pediatrician, Dr. Smith says a great deal of demographic research and brainstorming went into devising the clinical and financial model for her practice.

Included in the conversations were parents from diverse socioeconomic backgrounds who participated in focus groups to help design the services that were important and desired. Ultimately, it was these parents and market research that determined the fee Dr. Smith has likened to a monthly cable bill.

“Some markets are ready for ‘rock star’ medicine, as I call it, but our market research said there are not enough parents who are willing to sign on for that particular model over a period of five years in any demographic region of the city,” she said. “Our goal was to create a pediatric practice that offered better access and more health and wellness services, all for a monthly fee that wasn’t out of the reach of most families who would want that level of service and healthcare.”

Added Dr. Smith: “I do think it’s a myth that only wealthy folks would choose this particular model. In my third year, I’ve seen more high-deductible, HSA-type families, and folks ask, ‘how much does this or that cost?’”

“It allows us to deliver health care instead of sick care.”

And while the ethical debate over access rages on, recent data points to concierge medicine as a choice for more than just the wealthy few. Top-level executives account for less than four percent of U.S. patients searching for concierge health care, according to an August 2010 survey of patients conducted by The Concierge Medicine Research Collective. More than 50 percent of concierge medicine patients, the survey says, make a combined household income of less than $100,000 per year.

“The bulk of our practice are working professionals who really appreciated the time-saving and exceptional access to doctors,” he said.

Child’s Light charges a per-family, monthly fee of $135, which covers the house call-based practice’s 24/7 direct physician telephone and email access. The practice also charges fees per service that typically range from $100 to $350 per visit, but the services are often covered under the patient’s insurance plan.

“If you think about the worst case scenario, a patient may pay out-of-pocket between $2,000 and $3,000 a year, and that’s not a majority of our patients,” Dr. Herbsman said.

For Jessica Lucia, whose children are treated by Dr. Smith, the price covers the type of personalized care her family couldn’t get from traditional practices.

“When I have general questions, I can email or call, and almost always get a direct response from an unhurried person,” Lucia said. “When it’s a health-related question, I am always able to speak to Dr. Smith within the hour, sometimes immediately.

For Dr. Smith, the biggest payoff with the concierge model is seeing her patients grow up into healthy adults.

“It seems, to me, as we connect on a deeper level with children and their families, that this model is paying the highest dividends in watching a lot of health problems melt away, and in allowing us to deliver health care instead of sick care,” Dr. Smith said. “One of the non-monetary payments I receive every day is that knowledge that I really am selling health care through my expertise as a pediatrician.” 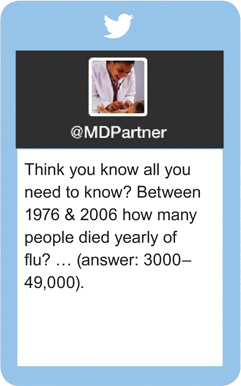 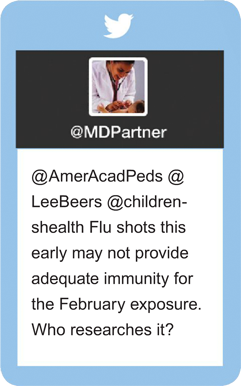 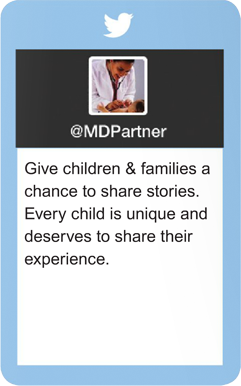 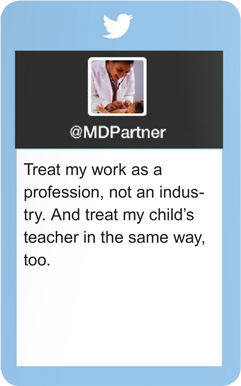 More about Partners in Practice 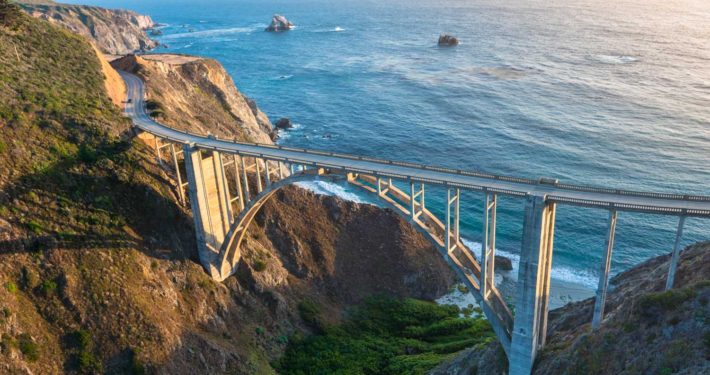 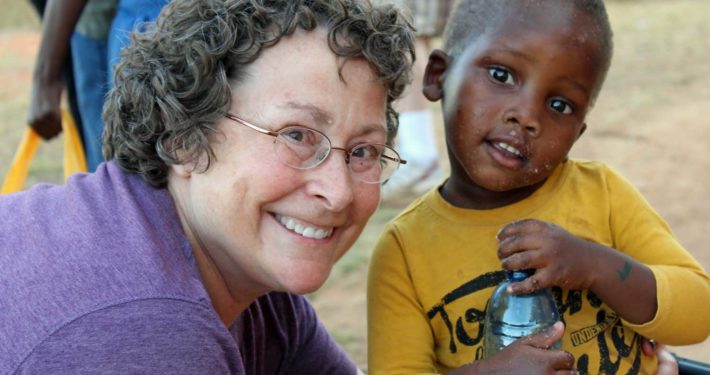 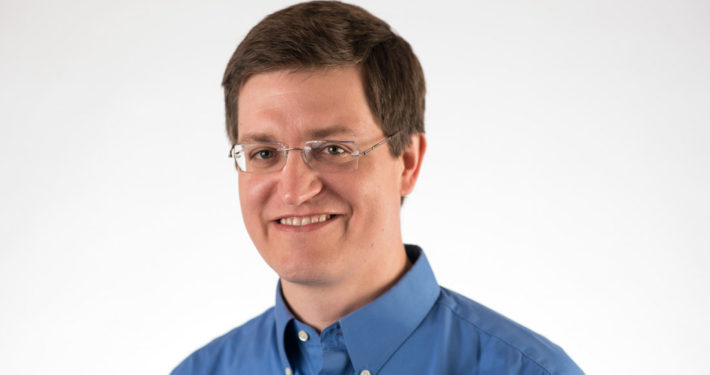 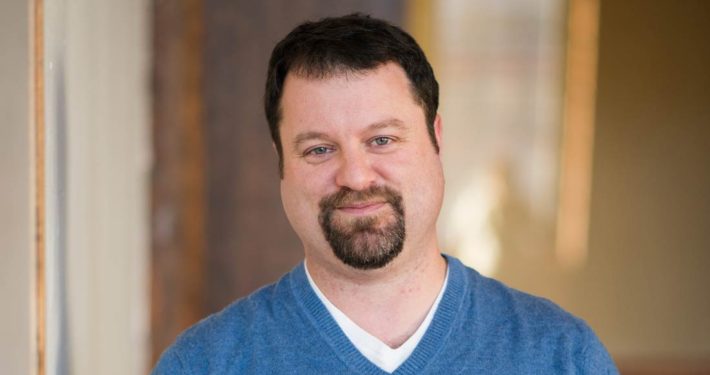 The Rewards of Solo Practice Scroll to top